Summer in the City of London, despite Brexit 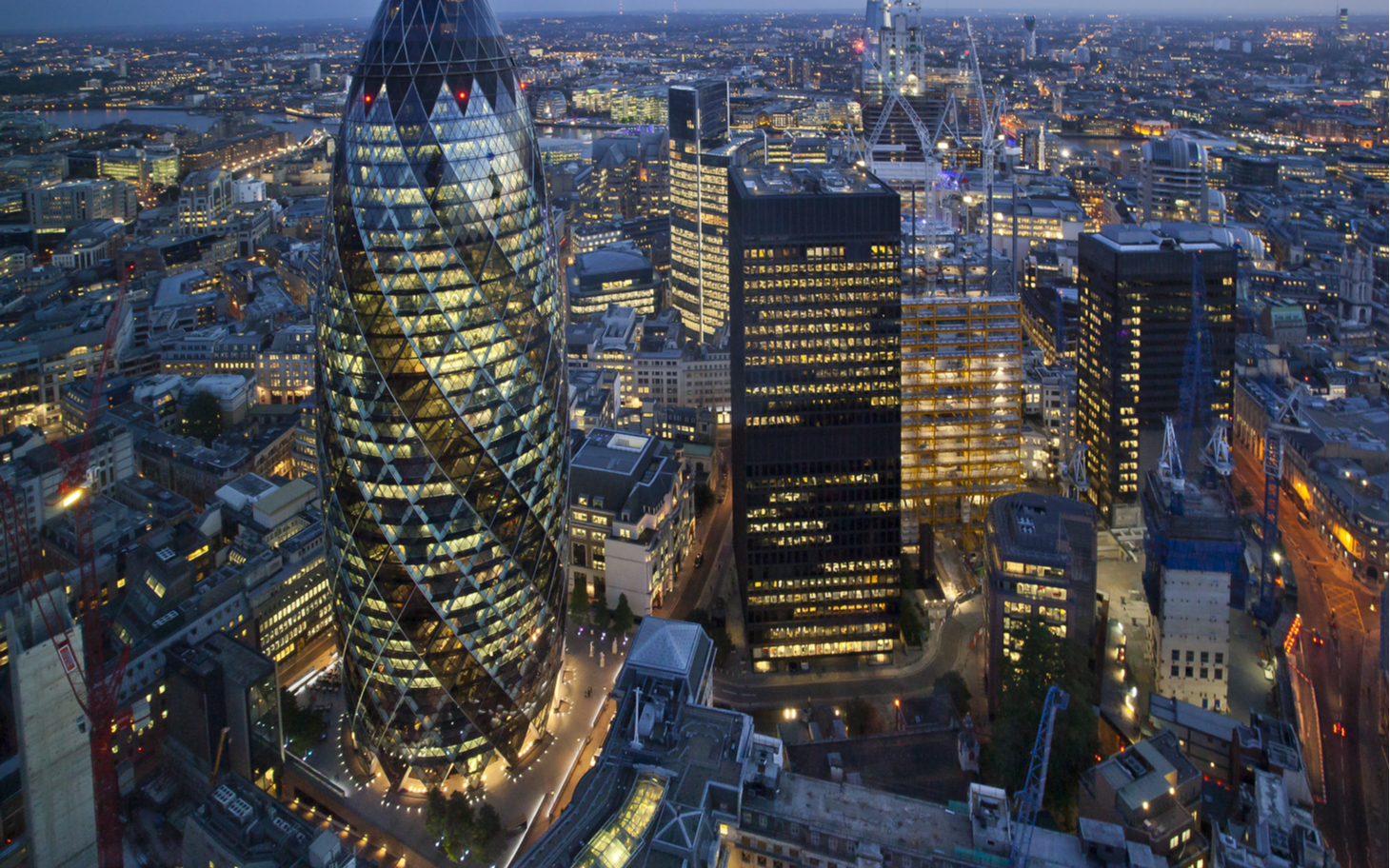 Summer in the City of London, despite Brexit: My German uncle sent me the traditional Christmas greeting just before Christmas in 2020. However, he added something intriguing. “The English promised themselves too much and did not take into consideration a lot when it comes to Brexit,” he wrote in German.

We’d never talked about Brexit before. And I’m glad I didn’t respond because those were his last words to me before dying of cancer…

As unpleasant as it may be, the news for Brexit Britain has been looking fairly bright since then, particularly in the City of London.

According to The Telegraph, “London has preserved its crown as the world’s top destination for financial and professional services…” because “the Square Mile outperformed other major financial hubs, including New York, Singapore, and Paris, as firms quickly responded to Brexit…”

Using 95 metrics, the survey discovered that the City has “unrivalled international financial reach,” as well as excelling as a hub for tech and innovation, and its proportion of Fortune Global 500 headquarters has increased by a third in the last year. It was also Europe’s premier destination for financial services investment and the world’s leading foreign currency trading centre.”

The Telegraph also reported on an updated EY research, which covered the latest intentions of global financial giants to leave the City post-Brexit:

According to an EY survey, nine out of 10 large financial services organisations intend to build or expand offices in the Square Mile…

…According to the study, investor confidence in the UK financial services sector is at an all-time high, having climbed dramatically in recent months as pandemic restrictions ease and Brexit anxieties fade.

Brexit worries did not materialise, so why did the bankers stay? Heck, one of the main Brexit fears was that they would leave in the first place…

The Express explained how this confidence is translated into boots on the ground:

Despite the fact that international banks were expected to leave London as a result of Brexit, multinational investment banking behemoth Citi started a £100 million renovation of its 42-story Canary Wharf tower. Citi’s president of the UK, James Bardrick, said the investment demonstrated the bank’s commitment to London for “25 years and beyond.”

Citi has created over 1,000 positions in London since Brexit, bringing its total workforce to 9,000. I’m curious how many of them are European Union nationals.

While predictions of an exodus of 232,000 banking jobs were impressive enough, this doom-mongering in the Guardian was my favourite:

“City firms intend to relocate 10,500 jobs out of the UK on “day one” of Brexit, with Dublin and Frankfurt the financial centres most likely to benefit from the UK’s exit from the EU.”

According to EY’s job tracker, which includes job announcements through the end of November, the number of posts anticipated to be affected has decreased from 12,500 estimated a year ago.

By the middle of 2021, the European Banking Authority estimated that 95 bankers had departed London for the rest of Europe…

So, what exactly happened here? How could the establishment be so wrong? Why were we given such bleak forecasts? How can those who attempt to forecast financial markets fail to forecast their own behaviour?

I mean, it’s unlikely that the EY surveys are to blame. Surely the bankers who provide the responses are to blame?

First and foremost, I believe the bankers just did not want the hassle of travel and migration problems. As a result, being anti-Brexit became cool. Particularly in multinational workplace settings.

Second, projections have an impact on the argument when it comes to economic and financial study on political topics. As a result, you can modify estimates and assumptions to achieve the desired result, and therefore influence politics in the desired manner.

It’s a little embarrassing that we had to learn all of this again the hard way in the epidemic so soon after Brexit. Once, I was duped…

Third, it turns out that Europe requires access to the City just as much as the City requires access to Europe. As a result, the EU has suggested extending a temporary waiver allowing European banks and fund managers to utilise UK clearing houses until June 2025, as well as the same for euro-derivative clearing rights.

Indeed, as the Telegraph noted in September, “Financial service exports to the European Union increased in the months after Britain left the EU, despite forecasts that the City would be crushed by a trade collapse, official figures indicate.” There are no pandemic distortions in this comparison because it is from 2021 to 2019.

So, instead of a drop-in activity, there was an increase!

Yes, “the results undercut assertions by chief executives and politicians that Brexit would wreck the Square Mile’s ability to trade with the Continent,” but here’s the kicker: “European firms appear to have suffered the majority of the harm [from Brexit].” Exports of financial services from the EU to the UK fell by more than a third, primarily affecting enterprises in Ireland, France, and the Netherlands.”

It’s no surprise that the bankers didn’t relocate to Europe! Their company did not.

And this is for an industry that was left out of the Brexit deal, which caused much wailing and gnashing of teeth at the time.

But it’s not just the City that’s thriving. Heck, even the British car sector is looking up these days, thanks to Brexit. Bentley has just announced a £2.5 billion investment in Crewe to construct its first fully electric car, resulting in the creation of 4,000 jobs.

According to corporate executives in the field, Britain’s biotech sector may be entering a “golden age.” The BioIndustry Association (BIA) reported that biotech and life sciences companies raised £4.5 billion in public and private funding in 2021, a 60% increase over the previous year.

As we mentioned during the vaccine controversy, corporations would be crazy to set up shop in the EU after seeing how vaccine manufacturers were treated there…

All of this adds up to significant economic development. The International Monetary Fund (IMF) forecasts that the United Kingdom will outgrow the rest of the Group of Seven (G7) countries, and not by a small margin.

Our stock market should do well as well, with oil and gas majors finally outperforming. Not that we require it. According to Schroders, the UK has a considerably larger percentage of ten baggers than even the United States, which means that the share price increased by more than 1000%.

Of course, people are noticing this all across the world, not just in the United Kingdom. In a video shared online, Frexiteer Francois Asselineau really let ’em have it:

Macron also stated that he would roll out the red carpet for the hundreds of thousands of Londoners who will cross the Channel to settle and seek refuge in France.

“What has happened in the year since Brexit?”

The UK has 4.5 per cent unemployment, which is half that of France.

No, but hold on. Is it possible that I dreamed it? Brexit was predicted to be the apocalypse, but it is not the apocalypse! The growth rate in the United Kingdom is larger than ours…

…Google, Boeing, and Shell have relocated their corporate headquarters to London.

The City of London has reclaimed its place as Europe’s top financial centre, and the French are well aware that migrants want to come to the UK.

We were informed that the UK will isolate itself completely in international affairs.

It formed an alliance with the United States and Australia, which resulted in us losing the contract for submarines in Australia.

Grégory Claeys, a researcher at the European think tank Bruegel, responded as follows:

Frexit would result in the freezing of financial flows and the global financial system going into cardiac arrest.

In comparison, the bankruptcy of Lehman Brothers may appear to be a minor shock, yet it had significant real economic ramifications.

Actually, depending on how you leave, it might. The French would almost certainly find a way to cause complete havoc…

And then there’s Brexit. Britain’s exit from Covid limitations comes as Europe slips into rioting and instability over mandates, passports, and isolation periods. Despite Brexit, a top public health official, Professor David Heymann of the London School of Hygiene and Tropical Medicine, believes that “the UK is the closest to any country in being out of the pandemic if it isn’t already out of the pandemic.”

Ah, the advantages of having an unruly prime minister: no one in government dares to proclaim another lockdown…

But, truly, what if Britain thrives after Brexit? What if the EU’s true nature is revealed? What if the reality that the EU stifles its own prosperity becomes common knowledge? What happens next?

The post Summer in the City of London, despite Brexit, appeared first on Fortune and Freedom.

The post Summer in the City of London, despite Brexit appeared first on https://gqcentral.co.uk